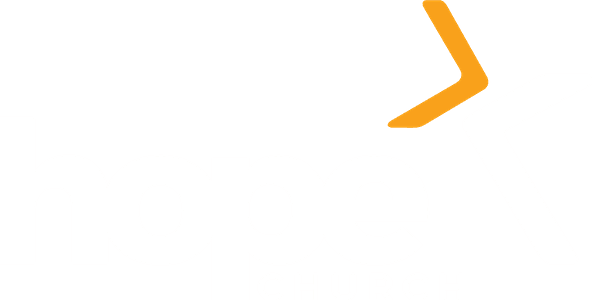 A Quick Tour of the Bible

Learn about what is in the Bible.

The Bible comprises 66 books written by different people from different cultures over more than a thousand years. Through all the books, the consistent theme is God making a path for rebellious humankind to walk with Him.

The Old Testament contains 39 books, one section of history, another worship and wisdom poetry, followed by prophecy, ending with messages from God through his spokesmen.

Genesis, the first book, is the story of God’s creation at the beginning, continuing through God’s selection of Abram (later renamed Abraham), a man who trusted God, to be the start of God’s people, who would be a blessing to the rest of the world, revealing God to them.

Exodus starts Moses’s story, the man God used to free His people from slavery and turn Abraham’s expanded family into a nation.

Leviticus gives God’s design for His temple and His laws for his nation/people.

Numbers provides the results of a census of the nation and a history of early battles.

Deuteronomy is a rehearsal of the 40-year history of God leading his rebellious people.

Joshua tells how Joshua, the leader after Moses, conquered Canaan.

Judges (about 1200 - 1000 B.C.) is a period of tribal leadership following Joshua.  During this time, the people would rebel against God, turn to idolatry, come under oppression, decide to turn back to God, and then be delivered from oppression by God. The cycle repeats itself.

1 & 2 Samuel tells of the consolidation of the tribal confederacy into a monarchy, the rebellion of the first king against God, and his replacement by a king who would seek God.

1 & 2 Kings is about the next 400 years (1000 – 600 B.C.). The nation split into two, with a northern kingdom (Israel) that rebelled against God and was destroyed about 800 B.C. by Assyria. The southern kingdom (Judah) swung between faithfulness to God and idolatry. In about 587 B.C., the Babylonians destroyed Judah and deported them to live as exiles in Babylon.

1 & 2 Chronicles rehearses the same period of 1 Samuel – 2 Kings with some additional information from the southern kingdom’s history.

Ezra & Nehemiah are about the God-promised return of some Jews to Judah and the rebuilding of the temple and the Holy City (about 500 – 400 B.C.)

Esther is about God’s preservation of the Jews from a plot to destroy them.

Job is a poetic discussion of suffering.

Psalms is a collection of worship poetry, telling a great deal about God and His power to help His people.

Proverbs is a collection of wisdom sayings, telling how God runs the world, what things succeed, and what He causes to fail.

The Song of Solomon (or Songs) is a poem about married love.

Isaiah, Jeremiah, and the rest are messages from the prophets during the kingdom through the rebuilding (about 1000 – 400 B.C.). They often refer to a future person who would come from God, prophecies fulfilled by Jesus Christ.

The New Testament is a collection of 27 books telling how God made a path for people to draw close to Him and walk with Him through Jesus Christ. The books tell about the birth, life, death, and resurrection of Jesus Christ, and how His death paid the penalty for the rebellion of people against God so that He forgives those who yield their lives to Him. The books also show how to walk with God and work together in the church.

Matthew, Mark, and Luke focus on the events of Jesus’ life and include many of His teachings.

John mainly focuses on the teaching of Christ.

Acts (about 31 – mid-50s A.D.) is the story of the expansion of Christ’s disciples, first in Jerusalem, then into Palestine, and then, on into the Roman Empire especially, through the church starting activities of Paul, a man who was first a deadly antagonist of Christians and then became converted.

Revelation, the last book in the New Testament, is a prophetic book about the future, written by John, the disciple of Jesus, based on revelations God showed him toward the end of his life.

The other books between Acts and Revelation are letters written by the disciples Jesus and other early church leaders explaining what Christ had taught about Himself and His mission and how to live as followers of Jesus. They also talk about how the New Testament’s events relate to the promises of the Old Testament.

Letters written by the Apostle Paul, the prominent first-century church planter in the Roman Empire, include:

Romans is a comprehensive survey of Christian doctrine and how believers should live based on the truth written to Rome’s church.

1 & 2 Corinthians, written to the church in a city similar to today’s Las Vegas, describes how to recognize real spiritual maturity and leadership and how to team together in the church.

Galatians is written to a group of churches in northern Turkey, details how salvation comes through trusting Christ and not by keeping rules.

Ephesians is written to churches in western Turkey, is a summary of Christian doctrine and working together in the church.

Colossians, a companion letter to Ephesians, on the deity of Christ and His adequacy alone to make us right with God and how to live practically as Christ’s follower.

Philippians, a letter to a Greek city church, encouraging them to remain faithful to Christ.

1 & 2 Thessalonians, to another Greek city church, rehearsing correct teachings about the last times, the coming of Christ, and how to live in the interim.

1 & 2 Timothy are letters to Paul’s protégé, instructing him how to lead church life.

Titus is Paul’s letter to Paul’s associate about how to lead in church life.

Philemon is a letter to Paul’s wealthy friend, asking mercy for a runaway slave who had become a believer.

After Paul’s letters is a collection of other letters, these letters were written by different authors

James, written by the brother of Jesus, contains instruction on remaining faithful when the pressure is on and how to avoid false teachers.

1, 2, & 3 John, written by the disciple, contains advice on practical matters for believers. 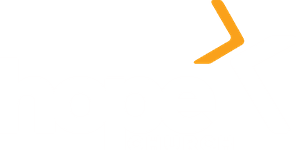